As expected, hotel room demand fell in 2020 according to the Crawford County Convention & Visitors Bureau (Kan.). Though lodging suffered, several destination businesses adjusted to the market and/or made changes to their marketing strategy. Widespread vaccinations have also raised hopes that events and travel will gather momentum as 2021 progresses.

“Despite the worst year on modern record for tourism, our local hotel room demand is still outpacing where we were just four years ago,” said Devin Gorman, Executive Director with the Crawford County Convention & Visitors Bureau (CVB).

Large conferences and sporting events were cancelled throughout 2020 due to the pandemic, but the county still saw hotel demand hit 78,200 rooms.

The CVB said that is partially due to closures. However, fewer volunteers and staff were available to keep doors open, along with the fact that more people were looking for outdoor activities where they could socially distance.

Just across the county line, however, the world’s largest remaining electric shovel was an ideal location for guests to visit. Big Brutus normally sees 15,000 to 16,000 guests annually. After being closed for nearly five months, they had just under 9,000 guests since reopening in late July.

“We hit the ground running with appearances on all four of our local major TV stations,” said General Manager Joe Manns. “We executed a social media contest and asked people to like and share our Big Brutus Facebook page and off we went.”

Signage along the highways was also replaced.

“People seem to be stepping away from the large chains and going directly to the farmer/producer,” said owner Tom Circle. “The small family farm is almost seeing a resurgence in popularity, especially when they process and market their own products.”

That sentiment was echoed by Cherie Schenker of McCune Farm to Market.
“There’s a renewed desire to know where your food comes from, as well as rediscovering the importance of being able to rely on a local busines,” Schenker said.

“Whether it’s farm produce, products from the region, or creations by artisans, consumers are looking to support local, and that includes travelers seeking ways to enjoy local flavors,” said Chris Wilson, Communications Manager for the CVB.

New museum exhibits are expected to attract guests who love history.
Miners Hall Museum in Franklin is working to complete renovation of their Miner’s House, a one-of-a-kind attraction that will be an authentic replica of how miner families lived in the early 20th century. They will also spend the year celebrating the 100th anniversary of a women’s protest that closed area mines and received national attention. An exhibit is open now and other artifacts will be added throughout the year.

“Our plans to celebrate the Amazon Army will highlight a significant event in American labor history,” said Dr. Chris Childers, Board Chair for Miners Hall Museum.

A highly anticipated exhibit at the Crawford County Historical Museum in Pittsburg has already opened. “Bootleggers versus Badges” examines the many layers of Kansas and Federal prohibition in Southeast Kansas. The county museum also has two events on their 2021 schedule that they were forced to cancel last year: A Living History event scheduled for September 3 and 4; and, a Wild West Show cowboy gathering scheduled for October 8 and 9.

To help inspire locals to visit museums in their area, the Southeast Kansas Museum Alliance has created a free Museum Passport. It is designed to encourage travel through 15 counties of Southeast Kansas, and offers cash prizes as an incentive to participants.

“Telling people our stories and promoting events are stepping stones to the visitor’s bureau’s purpose – to show event organizers why they should be coming to visit our area,” Gorman said. “We still had to make plans for the 2020 events that were canceled. Our hope is those and other efforts will be able to be carried over to 2021 and beyond.”

Major events scheduled to be held in Crawford County in early 2021 include the NJCAA Indoor Track & Field National Championship March 5-6, the Four State Farm Show May 21-23; and, the National Club Baseball Division I World Series, May 28 to June 2.; and, the National Sporting Clay Association’s 2020/2021 U.S. Open at Claythorne Lodge in Columbus, June 7-13. All events are subject to change. 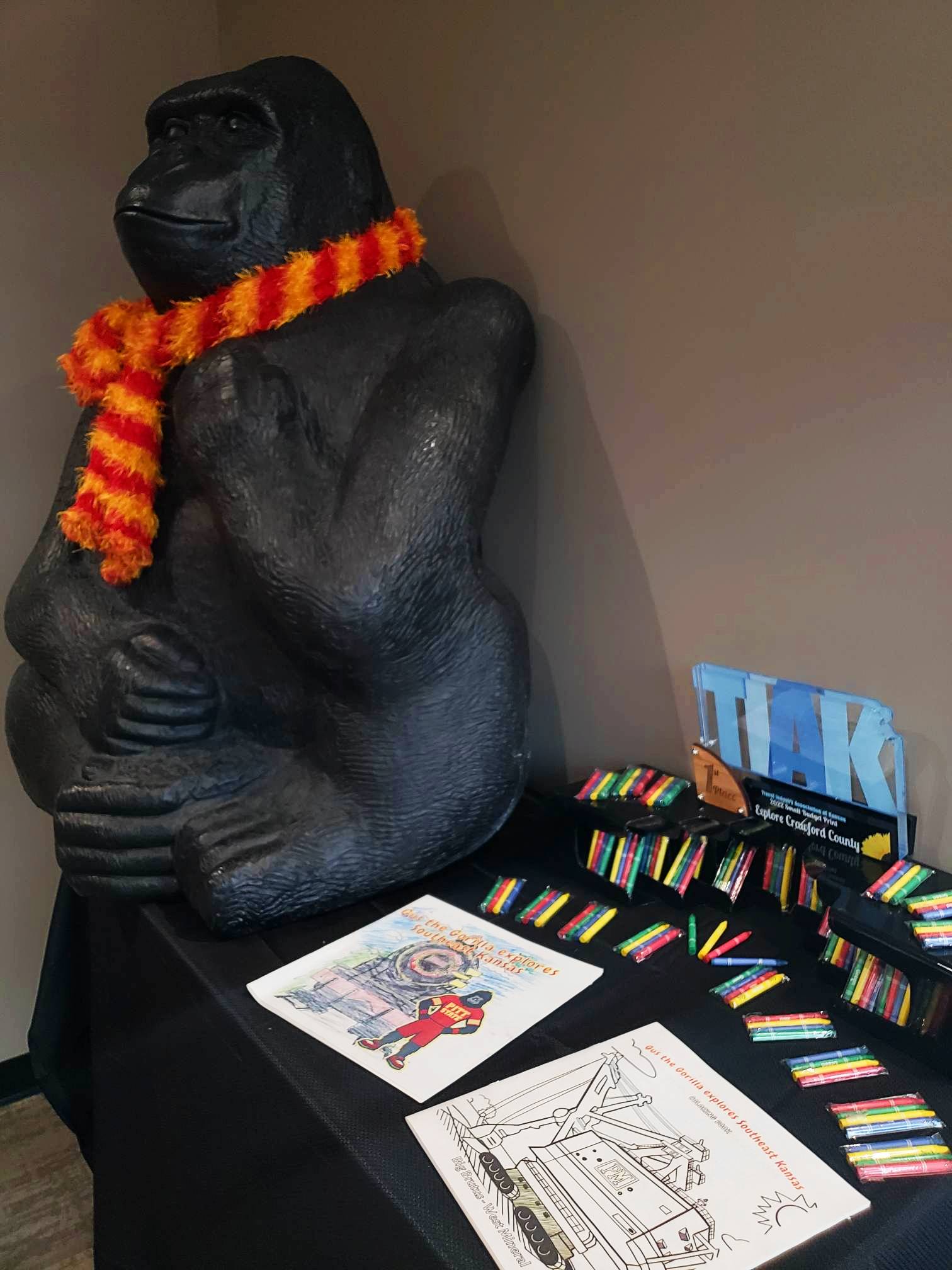 A coloring book whose purpose is to teach guests and local children about Southeast Kansas recently won a statewide marketing award.

Applications for vendors are now open for the Little Balkans Days Festival over Labor Day Weekend in Pittsburg, Kansas.

Though lodging suffered in 2020 due to the pandemic, several destination businesses adjusted to the market and/or made changes to their marketing strategy.